Fujioka the Info Broker is an NPC in Sekiro: Shadows Die Twice. He is first found in Ashina Castle, hiding from nearby Samurai, and later moves to the Dilapidated Temple and sells items.

Hey friend, you still got some business with me?

(Choosing Talk after the Death of Hanbei)

Looks like that damned near-immortal samurai's finally gone and died.

I tell you, I don't understand what goes on in the mind of an honest samurai.

If you're not gonna die, you should go off and enjoy yourself.

I'm sure he went to heaven.
(Laughs.)

Oh, if you're looking for the Sculptor, he's gone.

He stumbled off muttering something about "the flames..."

I think he was heading towards the battlefield.

But where he went and why he went there's none of my business. 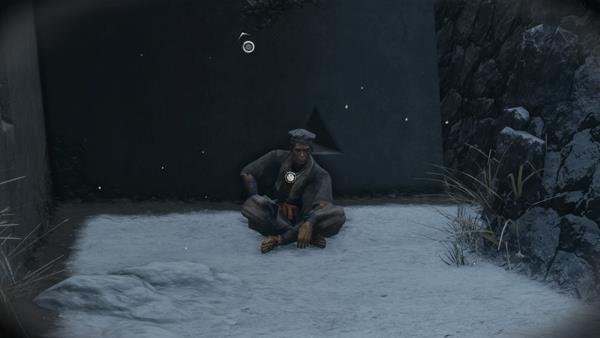