Where to find General Kuranosuke Matsumoto in Sekiro?

What do you get from defeating General Kuranosuke Matsumoto in Sekiro?

From the Ashina Castle Idol, head towards the stairs and grapple yourself to the right roofs. Make your way towards the roofs that line the stairs. Near the center will be a grapple point to cross over the stairs and reach the left roofs. Head towards the boss while on these roofs until you can lock on him. Jump down and perform a deathblow. As the boss gets up, kill the rifle wielding enemies. If some of them live, descend the stairs so they won't have a proper angle to shoot you. You may now fight the General at the base of the stairs or lead him to the base as you bypass him and run back to kill the last rifle enemies. Alternate deflect and attacks to quickly whittle his health and posture. Avoid his perilous attack by jumping over the sweep then pressing jump again to damage his posture. Shurikens work well if you time it between his attacks and Shinobi Firecrackers can give you opportunities to get some attacks in. 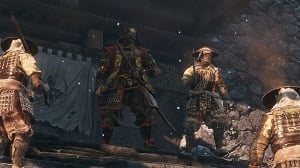 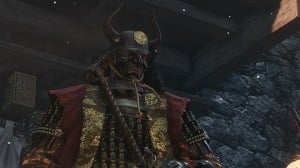 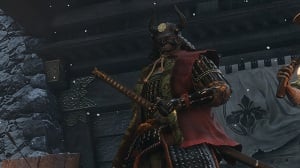 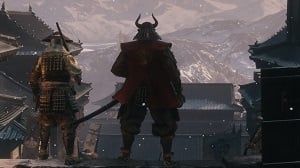 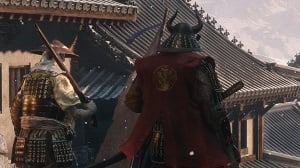