General Naomori Kawarada (侍大将・河原田直盛, Samurai General - Kawarada Naomori) is a Mini-Boss in Sekiro: Shadows Die Twice. Mini-Bosses are special Enemies that are uniquely named, and may require more than one deathblow to kill. They are generally much more difficult than normal enemies, and they drop some of the best loot in the game.

Approach the general towards the higher ground on the left and perch yourself on the gate near him. Jump down and hit R1 when a red circle appears. This will trigger a deathblow and will make the fight a bit easier. You can deflect his jumping slash or sidestep it. Avoid playing long range as he will coat himself in white and regain posture undoing most of your hard work. Continue blocking his attacks and getting an attack in when you see an opening to defeat General Naomori Kawarada. 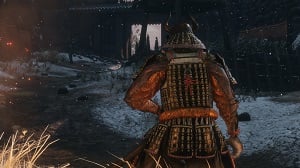 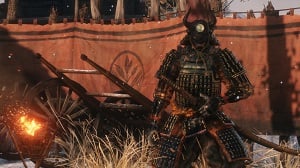 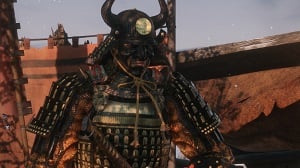