Headless Ape is a Boss in Sekiro: Shadows Die Twice. Bosses are special Enemies that feature their own arena, a large and prominent health bar, and a variety of unique moves and abilities. You will need to perform multiple Deathblows on them in order to defeat them, and filling their Posture Gauge is the only way to accomplish this. However, decreasing their health will make it so their Posture Gauge depletes more slowly, assisting you in accomplishing this feat.

After defeating this Boss and resting at the Hidden Forest idol, a Shichimen Warrior will appear in the Guardian Ape's Burrow provided you have the Finger Whistle equipped.

You can see the Headless Ape standing/leaning against the far wall of the Ape's Den with its back towards you from outside the arena. The fight will begin once you enter the arena. Though entering the arena from the direction of the Hidden Forest (i.e. from the direction where the Headless Ape will be beneath you once you enter the Ape's Den) seems as though it would allow you to perform an Aerial Deathblow on it, you cannot. The same also holds true for sneaking up on it from the Ashina Depths-side of the arena.

Phase 1 of the Headless Ape fight is exactly the same as Phase 2 of the Guardian Ape fight, only in much smaller area with no grappling points available to you. After performing your first Deathblow on the Headless Ape, it will make a beastly roar that summons a second, brown-furred Ape to fight alongside it during Phase 2. Though the Headless Ape can take damage while roaring, the force of the roar itself pushes you back too much to exploit. The Brown Ape summoned by the Headless Ape requires 1 Deathblow to kill, and has largely the same move-set as the Guardian Ape during its Phase 1—minus farting or throwing poop at you. The Brown Ape is a beast-type enemy, so use the Shinobi Firecracker to stun the Ape and inflict large amounts of Posture damage on it, or use Oil and the Flame Vent to deal a large amount of health damage, burn the Ape, and momentarily stun it.

After performing the 2nd Deathblow on the the Headless Ape, you will have to perform two (2) additional QTE (quick-time event) deathblows in order to kill the mini-boss: the 1st to remove its centipede-host, while the 2nd is to kill the centipede. If the player has received the Mortal Blade from the Divine Child of Rejuvenation, they may perform an additional execution after a short delay on the Headless Ape, severing its immortality and finally putting the apparition to rest. The "SHINOBI EXECUTION" screen will be displayed upon defeating this boss normally, while the "IMMORTALITY SEVERED" screen appears after killing its centipede with the Mortal Blade.

Severing the immortality of the Headless Ape will result in an additional reward—the Bestowal Ninjutsu.

LOADED SPEAR: If you wait until the Ape does his large over-head slam attack and parry it, the Ape will be stunned for a few seconds. Get in front if it, then use the Loaded Spear, and use it again when you connect in order to pull the centipede inside of its body out of it to deal a good amount of damage and Posture damage. If you're quick, you can also throw a few slashes in there before he gets back up.

Shuriken + Prosthetic Follow up: this will make the brown ape much easier.  simply toss a shuriken then do the dash attack follow up.  then get back and repeat.  using this technique you can deal with the brown ape without too much trouble, and it goes down pretty fast to this method. 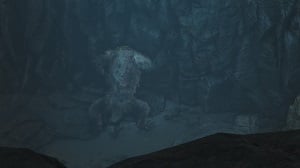 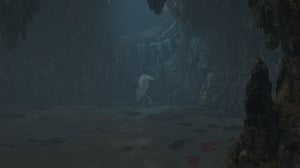 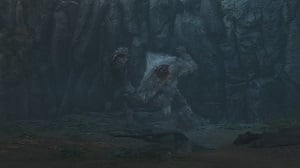 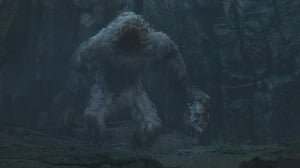 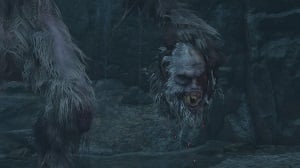 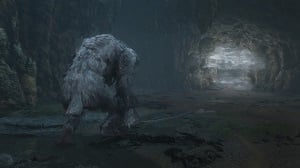 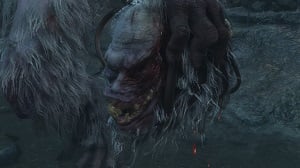 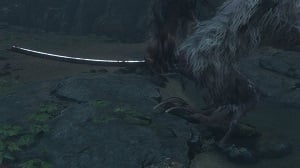 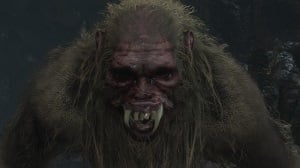 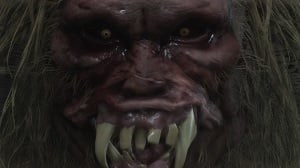 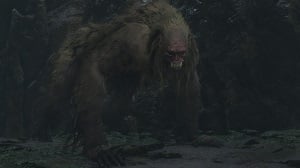 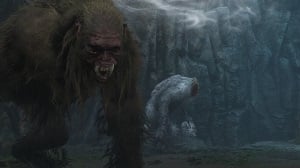 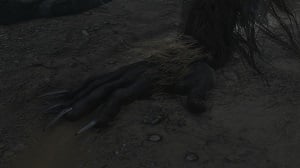 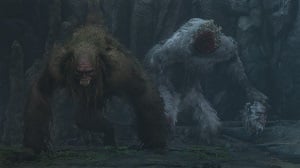 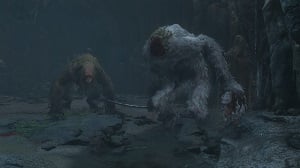 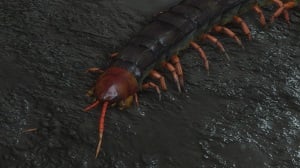 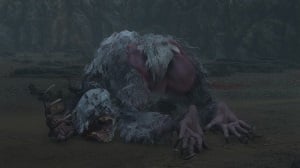 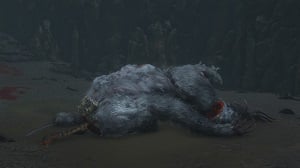 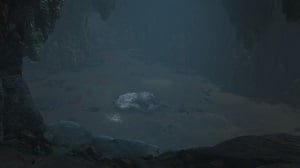