Where to find Lone Shadow Longswordsman in Sekiro?

What do you get from defeating Lone Shadow Longswordsman in Sekiro?

"...a broken and incompetent shinobi living in disgrace. I hope to see such a man for myself, but it seems I'm out of luck."

If you talk to him for the second time:

"You don't look all that cowardly..."

"That matters not. They say you're immortal... Let's see if that's true."

If you run past him:

"Hey, you there. Are you the wolf they spoke of?"

"That matters not. They say you're immortal... Let's see if that's true."

If you start the fight with a plunging attack from above or without first talking:

You can rip one health bar off this guy if you head past the initial well entrance and find the hole a little way after. This will allow you to drop onto him.

Then you'll need to deflect many attacks, trying to dodge his kick attacks when possible, as these do a lot of Posture Damage. Use dodge counter attacks whenever possible to chip away his Vitality, as this allows you to more easily fill his posture bar. His Death Kick can be Mikiri Countered, dealing considerable posture damage to him.

The Loaded Spear helps a lot with this fight, as it allows you to strike from far away, where you are save from long reaching attacks. Shinobi Firecrackers can also be used to keep him on the defensive.

Another option for this fight is using the oil-urns and the flame-vent prosthetic. This leaves the Lone Shadow Longswordsman ignited and lets you hit him 2 - 3 times in his recovery-animation. 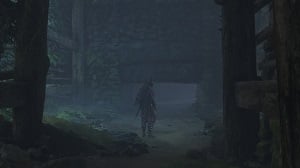 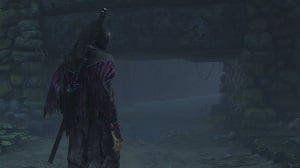 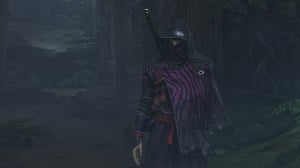 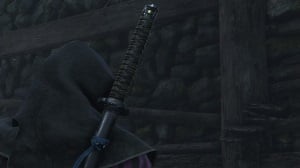 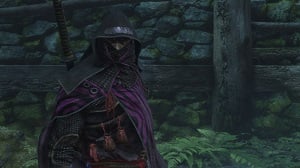 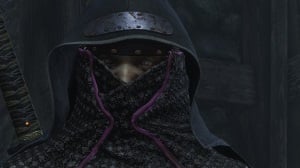 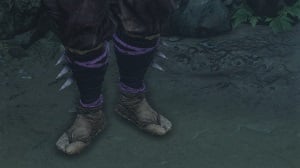 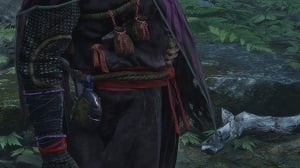 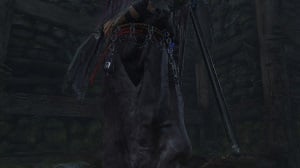 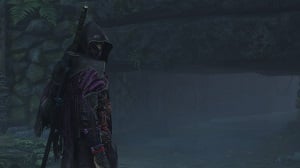