Shinobi Hunter Enshin of Misen (忍び狩り・弥山院圓真, Shinobi Hunter - Enshin of Misen) is a Mini-Boss in Sekiro: Shadows Die Twice. Mini-Bosses are special Enemies that are uniquely named, and have 2 or more health bars. This means they require at least 2 Deathblows in order to kill, they are generally much more difficult than normal enemies, and they drop some of the best loot in the game.

Eliminate the lesser enemies first while using the flowers on the left-hand side to Backstab Deathblow this Mini-Boss for one of its health bars. Afterwards use the Mikiri Counter to punish his thrust attacks, or dodge his attacks while following up with counter attacks. Like most spear enemies its best to stay aggressive. 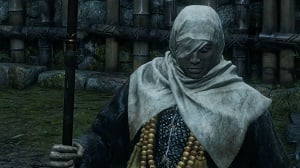 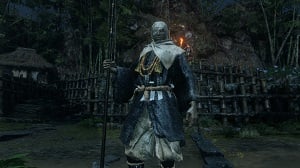 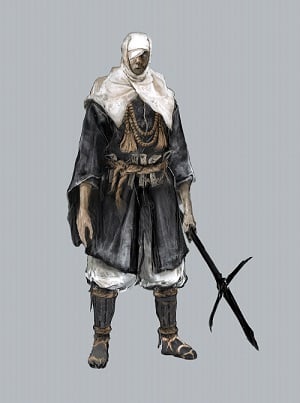