Tokujiro the Glutton (牛飲の徳次郎, Tokujirō the Tosspot) is a Mini-Boss in Sekiro: Shadows Die Twice. This Complete Tokujiro the Glutton Mini-Boss Guide gives you strategies on how to beat Tokujiro easily, as well as tips, tricks and lore notes. Mini-Bosses are special Enemies that are uniquely named, and have 2 or more health bars. This means they require at least 2 Deathblows in order to kill, they are generally much more difficult than normal enemies, and they drop some of the best loot in the game.

Where to find Tokujiro the Glutton Location in Sekiro?

What do you get from defeating Tokujiro the Glutton in Sekiro?

This boss is pretty much the same as Juzou the Drunkard, however, the fight takes place in a much smaller area, and the player doesn't have the option of getting help from a NPC. The same strategy as Juzou's can be employed here while considering the aforementioned conditions.

In a similar fashion to Juzou, Tokujiro is surrounded by other enemies (monkeys, precisely). It is advised to dispose of them before engaging on Tokujiro. The player can easily dispatch them and proceed to lose track of Tokujiro, so a Stealth Deathblow can be dealt. Fortunately, the area where Tokujiro is fought has a high ground which can be reached with the Grappling Hook, allowing the player to bait the monkeys before dealing with Tokujiro. Alternatively, the Finger Whistle Prosthetic Tool can be used, making the monkeys around him start to attack him, distracting him and dealing damage

It is possible, due to the size of Juzou, to get him stuck on the small hut doorway near the camp fire. This can allow the player to use flame vent and apply burn and wait out the ticks before applying another. He does get free after a while but it can provide that small bit of respite. Once free its recommended to kite him through this little hut, giving out an attack when there is a piece of wall between you and him as this will force him to use an attack. Because of the distance between you he's much less likely to spit poison mist or sip from his cup making him much easier to cope with. 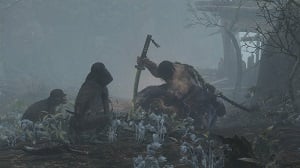 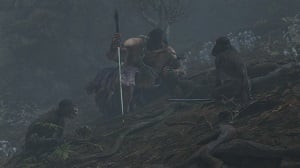 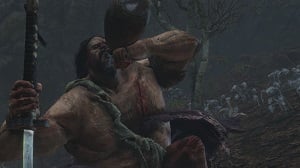 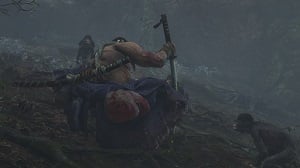 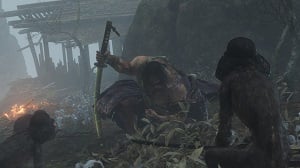 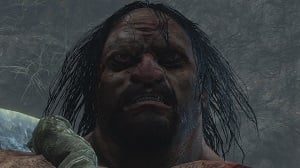 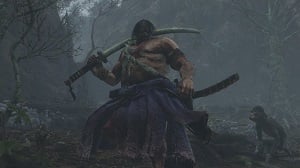 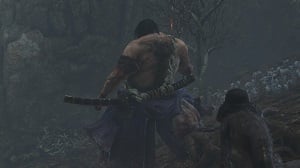 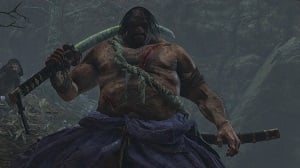