The Sekiro Free Update for Sekiro: Shadows Die Twice is a free patch update that adds some new features to the game. On October 29, 2020, FromSoftware released this DLC update for all players and introduced new mechanics such as being able to rematch bosses, partake in gauntlets, and view various recordings created by other players, plus a new customizable feature that changes the Wolf’s appearance. This page covers information regarding the Free DLC update for Sekiro: Shadows Die Twice. 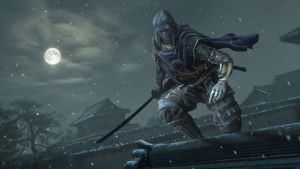 A new feature that will be added to the upcoming update is the addition of Outfits and the ability to be able to change Sekiro's physical appearance. Changing Sekiro's outfit can be done by using the Sculptor's Idol. There are three outfits that will be added which include the "Tengu" outfit, the "Old Ashina Shinobi" outfit, and the "Shura" outfit.

The two known outfits can be unlocked from completing Gauntlets of Strength while the other outfit can be obtained just by beating the game once - all three outfits are only used as a cosmetic feature and it does not add any buffs or changes to Sekiro's stats. 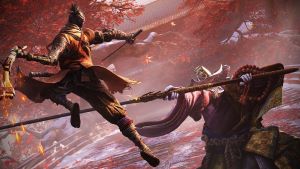 The second brand new feature for the upcoming update is the addition of Reflections and Gauntlets of Strength. These can be accessed by using a Sculptor's Idol. Reflections of Strength is a game mode that allows players to challenge any boss for a re-match that has been previously defeated by the player. The Wolf can reflect on these memories and re-run the battle of the selected boss, this allows the player to better understand the boss, to learn its movements, and to come up with various ways to achieve victory - think of it as your training ground to prepare for the challenges that await in the Gauntlets of Strength.

On the other hand, Gauntlets of Strength are single-life challenges where players are thrown into a series of battles against various enemies. This is a challenge where players must start a gauntlet and complete it in order to obtain unique rewards such as the new outfits. However, partaking in a gauntlet won't be easy, if by any chance, the player dies at any point in the level of the gauntlet, they will have to start from the beginning. So make sure you practice on executing those perfect parries and sharpen your combat skills in order to achieve victory. 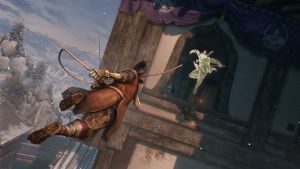 Another new feature that will be added to the upcoming update is the addition of Remnants. So what are Remnants? Remnants allow the player to register a 30-second recording of their gameplay and a message which can be accessed by other players. This can be a recording of a technique on how to take down an enemy or boss, as well as a movement demonstration that involves platforming or how to reach certain difficult areas in the game. We all know how tricky and difficult this game can be, and the addition of this new feature will gradually increase the community and allows both new and experienced players of the game to help one another in overcoming the various obstacles.

So what's the catch? Leaving a Remnant can be used after completing the game's tutorial. Players can record up to 30-seconds of their gameplay and leave a message for other players to read. Once another player activates a remnant and rates it, the owner will be able to recover their HP freely without the use of any consumable items or using the Sculptor's Idol.