Reflections of Strength for Sekiro: Shadows Die Twice is a new feature that will be added to the Sekiro Free Update on October 29, 2020. Reflections of Strength is a game mode that allows players to challenge any boss for a re-match that has been previously defeated. The Wolf can reflect on these memories and re-run the battle of the selected boss, this allows the player to better understand the boss, to learn its movements, to come up with various ways to achieve victory, and to prepare for the Gauntlets of Strength. This page covers information regarding this game mode.

This feature does not reward players with rewards, but instead, it is mainly used for training and preparation for the Gauntlets of Strength. You can, however, view or leave Remnants for other players to watch.

A fearsome opponent riding a sturdy mount and brandishing a long-reaching polearm.

An old acquaintance and agile opponent, unmatched in speed and cunning.

A determined samurai who seeks to gain immortality through the Dragon Heritage.

Illusionary monkeys that can be defeated by taking advantage of their senses.

This colossal ape sits in its watering hole, tending to the Flower in order to attract a mate.

The immortal Headless Ape and its mate must be defeated to reach the depths of Ashina.

The nebulous monk watches over the cave entrance, deep in Mibu Village.

Eternal watcher of the Fountainhead Palace.

One of the greatest of the Shinobis, and Sekiro's father.

The Owl in his prime will showcase his true powers.

The Divine Dragon lies in wait in another realm.

A master of the blade who is ready to cut down those who fall to Shura.

A master of both blade and spear. It will take all of Sekiro's skills to defeat him.

He once asked Wolf to kill him when it came to this. Now is the time. 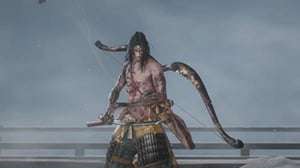 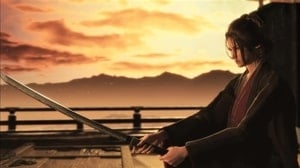