Kusabimaru (楔丸, Lynchpin) is a Key Item in Sekiro: Shadows Die Twice. It is used to to attack Enemies and deflect attacks. This is the primary means of combat in Sekiro.

Sekiro can continuously attack in a pattern of five slashes. He will take a step forwards for every swing.

Holding the attack button until a glint runs across the blade results in a powerful thrust attack. The thrust does more damage and can penetrate defenses. A thrust can be performed as part of a combo after the first, second or third slash,

Blocking can absorb physical damage to vitality however that damage will instead affect Posture. Timing a block just as an attack lands is a deflection.
Deflecting will negate all physical damage and return the posture damage to the enemy. A deflect can be followed up with a quick attack.
Elemental damage from fire, lightning and spirit can not be blocked or deflected.

Ashina Reservoir- Given by Kuro, the Divine Heir in the Moonlit Tower during the prologue. 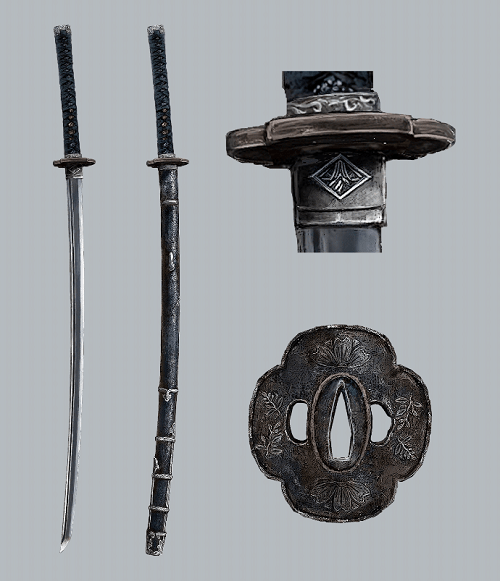