Unseen Aid in Sekiro: Shadows Die Twice can prevent the player from losing half of their XP and Sen when they die. You can see the percentage chance that you are likely to receive Unseen Aid at any Sculptor's Idol, and this number will change based on some factors. You can tell when you have received Unseen Aid, because a large message will appear on your screen after you have respawned at a Sculptor's Idol.

The Kanji that are shown when you receive Unseen Aid in the game ("冥助"; myōjo)  is a Buddhist term and literally translates to the "Dark Aid" or "Unseen Aid" in the sense that assistance from high beings in Buddhism is often very subtle (but inherent and essential) and cannot be seen or sensed by human beings in the mundane world. It is a minor variation of the more common Japanese word 冥加 (myōga; lit. "Unseen Protection").

What Unseen Aid Does Exactly 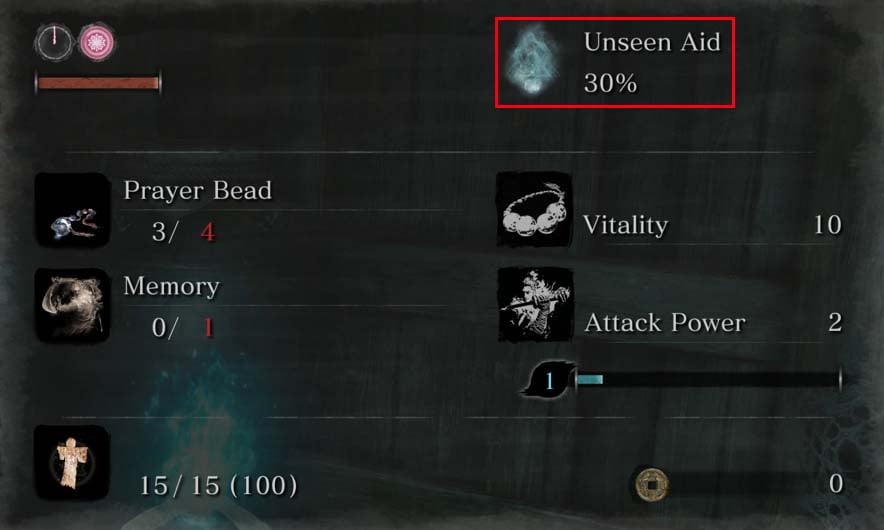