Sekiro Walkthrough: A Walkthrough for Sekiro: Shadows Die Twice  provides players with a detailed guide of all available areas in the game, and the recommended approach to reach New Game Plus. Players might also be interesting in seeing the Game Progress Route and Maps pages, which gives an overview of key sections and actions. The Bosses page can be used to identify mandatory and optional bosses, and the NPCs page can be used to determine NPC-related quests and activities.

The game begins with a cutscene showing a battle in northern Japan, and the defeat of the commander. A young man is picked up by "The Owl" and taken as his apprentice for Shinobi Training. With time, this man becomes known as "The Wolf" and is bound as a retainer of Kuro, the Divine Heir

A new cutscene plays, showing Sekiro sitting at the bottom of a small cliff, and a mysterious woman drops him an envelope and asks him to set forth.

Players are now in control of Sekiro, and can move forward to pick up the envelope, which turns out to the the Ornamental Letter. From here, a tutorial of the basic game actions is given. X for Jump, X near a wall to Wall Jump. Players are now in Ashina Reservoir.

All Bosses: No R1 Attacks!

All Bosses, No Deflection! 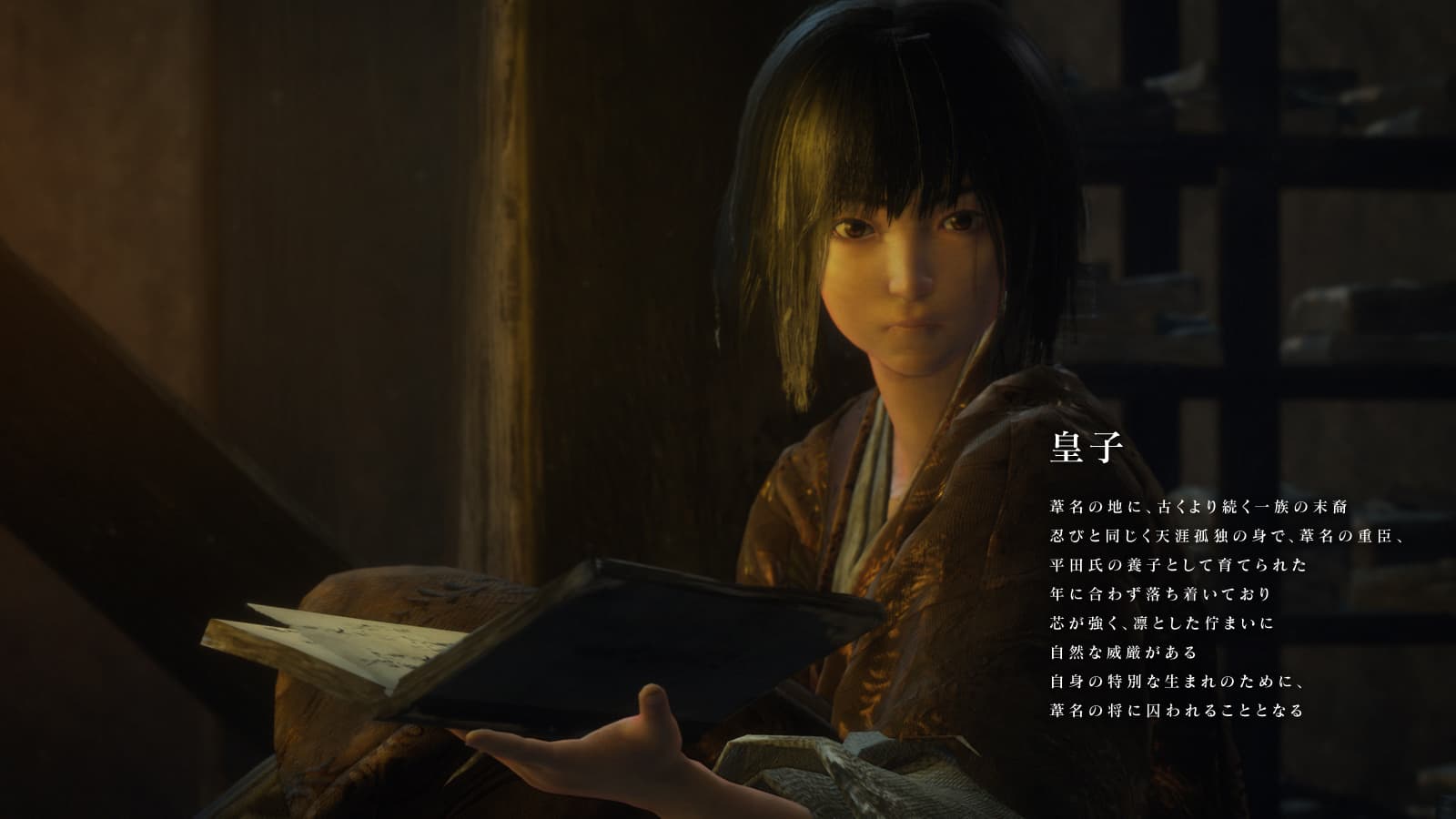 In all of Ashina, he is the only surviving descendant of an ancient clan. Raised in seclusion as a Shinobi, he is the adoptive son of Ashina’s minister, Hirata. He appears calm, strong beyond his years, with a dignified appearance. Captured by Ashina’s forces due to his unique ancestry. 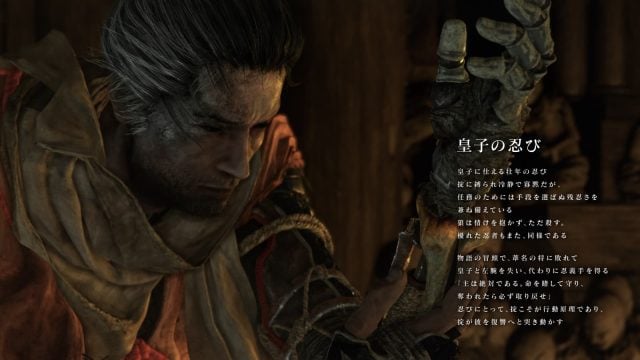 He is Kuro's "Wolf." He was adopted as a child by a man called the "Owl" and was trained in the ways of a Shinobi. A Shinobi to serve their lord, the Divine Heir. The Wolf, later named Sekiro, is calm and quiet as the law commands, but also capable of great brutality to achieve missions. Just as the lone wolf never embraces and simply kills, so too would an excellent Shinobi. At the start of this story, he is beaten by Ashina’s commander, losing both the Divine Heir and his left arm. The arm is later replaced by a Shinobi arm prosthetic.

“The lord is absolute, defend him with your life. If he is taken, bring him back at any cost.” This is the principle by which the Wolf lives.

Busshi of Aretera, The “Death Master” (or Buddhist Master) of the Dilapidated Temple. He is an elderly man without a left arm. A silent, ill-mannered hermit, residing in a ruined temple deep within the mountains. He furiously carves Buddha statues. He finds and picks up Sekiro after he is defeated by Ashina’s commander, and will assist him continually.