Eavesdropping in Sekiro: Shadows Die Twice is one of the core stealth mechanics and also acts as a narrative mechanic of the game. From a certain distance, players will be able to engage and listen in on a conversation of an enemy - this will allow you to either collect information for a quest, clues for certain items, and a few dialogues containing hints about the world of the game. Listed below are areas where Sekiro can eavesdrop. 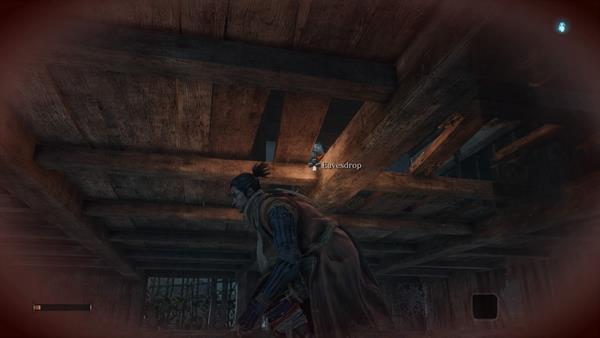 "That shinobi at the bottom of the well"

"We didn't shackle him, restrain him, nothing. That doesn't worry anybody...?"

"Not at all. Not only is he unarmed, he's completely lost his will to live."

"Nothing but a coward, unworthy of our concern."

"The moonlight shines strongly on the Moon-view Tower tonight"

"The Divine Heir is probably using the light for his reading again..."

"But imprisoning a mere child... I feel sorry for the boy."

"Agreed. But I'm sure Lord Genichiro has his reasons..." 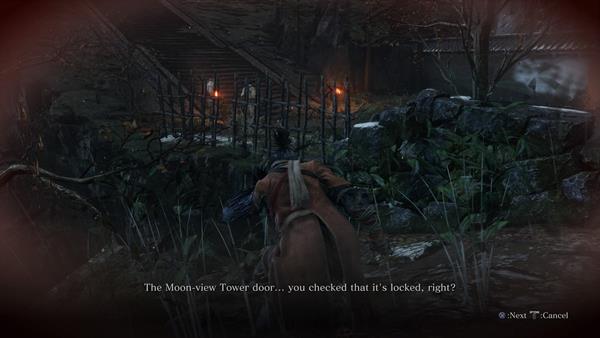 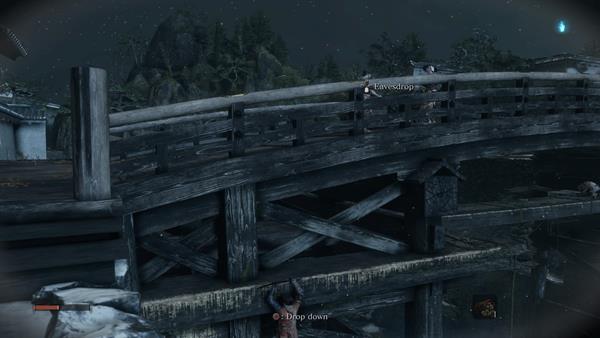 "You know the secret passage at the bottom of the moat, under the bridge?"

"We just got orders to guard it"

"Security is getting tight"

"War will be upon very soon" 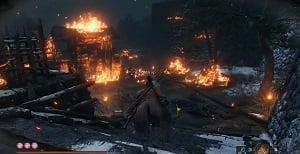 "Did you kill then all?"

"Good... We will begin when Lord Geinichiro Returns."

"We will revive Ashina together with the Dragon's Blood" 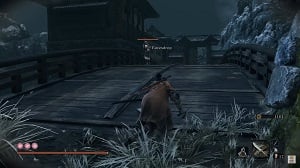 "But nobody would put their life on the line for free..."

"I fear we may not prevail"

"Look, Isshin may be sick, but he's still going strong. And Genichiro is a terror with a bow."

"And of course, we have Gyoubu the Demon"

"No man could ever breach the Ashina Castle gate." 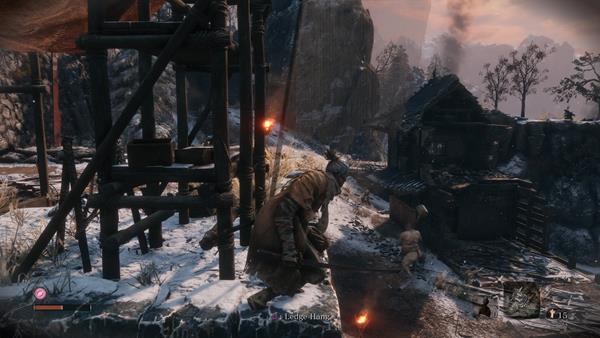 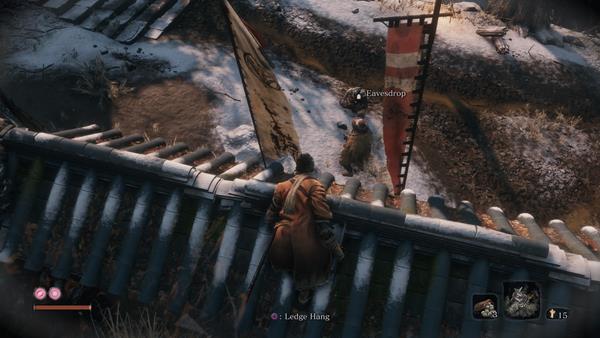 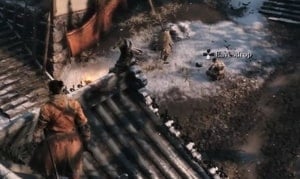 I don't feel safe with that big bastard just tied up next to us.

I'd rather not be gravely injured just before the war begins.

... if the worst happens, only choice is to use fire.

Proclmations... what a joke. Ashina sure has a funny way of preparing for war.

The Land of Ashina will not last much longer, even with Genichiro on our side.

What about our other mission?

... Blackhat is fighting like a demon by the Serpent Valley side of the castle.

Then that's where we're going next.

But keep your wits about you. The Blackhat Badger won't go down without a fight... 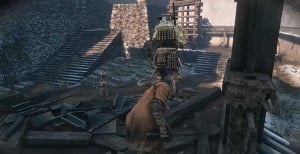 "Look... A smoke signal from the great castle gate." 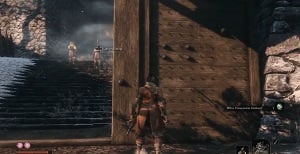 "We're really planning to use that thing...in the battle?"

"Desperate times call for desperate measures. We're in no position to worry about what others might think"

"Hey, keep it together, soldier, Keep talking like that, and they'll put you on its detail."

"And when it's mad, it doesn't discriminate between friend or foe." 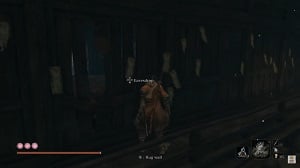 "Does that sit well with you?"

"To achieve their goal of Immortal Severance..." 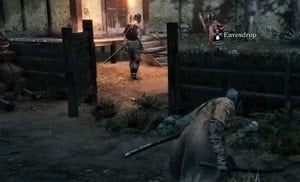 ... We burning this temple next, boss?

... But if there's any offerings we could give them to Lord Juzou...

We don't take from Buddha... How many times do I have to tell ya before it sinks into your thick skull?!

Please don't get angry at me, boss. I'm sorry my skull's so thick... 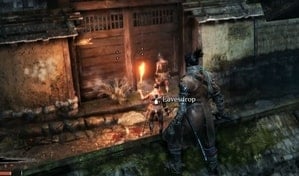 Hey, open up! Open up or else!

I can hear you whispering in there!

If you don't surrender peaceably now, you're gonna regret it later! 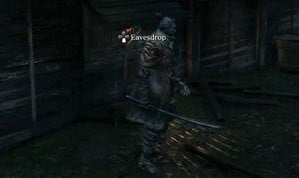 Please, try not to move. It will make your wounds worse.

There is a shinobi hunter amoungst the bandits.

I forbid it! You're in no condition... 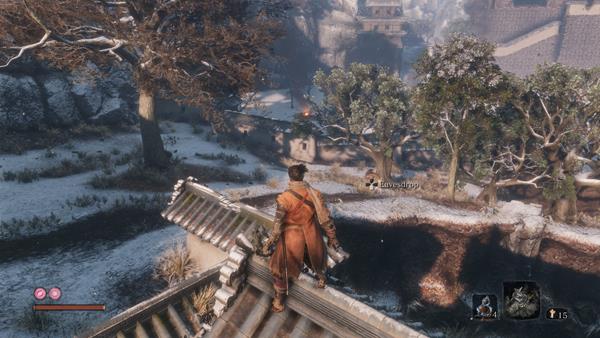 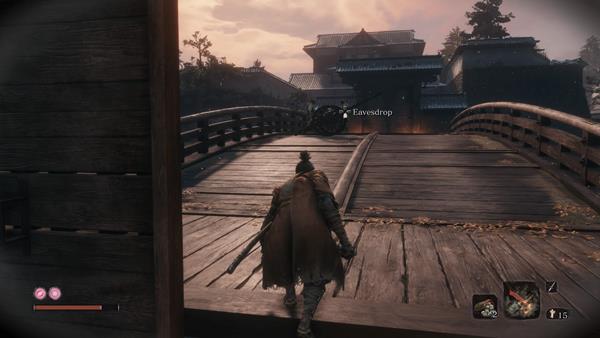 "I heard you were the one that put the armor on that big bugger from Taro Troop."

"Yeah, he was making a stink about it. It was a damned awful job"

"He already had a huge frame and massive strength, and you just made him near impervious to blades."

"That is true, but... He doesn't like that armor, and he sure didn't like me putting on him."

"When a fight happens, it might come off easier than you think." 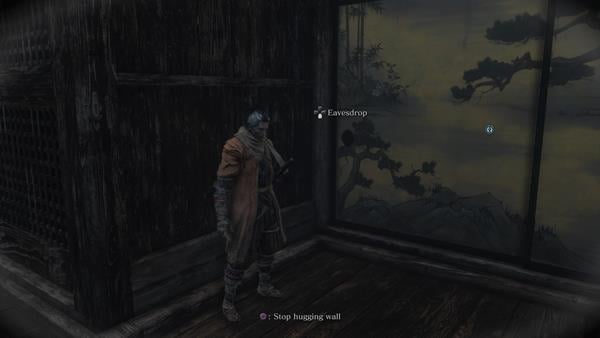 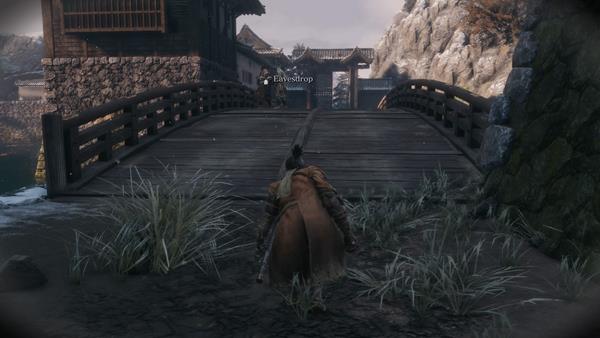 "You're saying we don't have enough salt?"

"But we also use it on wounds and for purifying the dead..."

"Yes, sir... That's why many on the battlefield are falling ill." 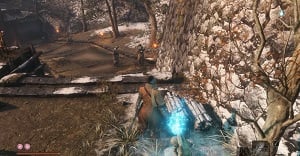 "Heard reports of a shinobi being seen somewhere around here."

"I heard the same, but... lately it feels like an everyday occurrence."

"I know. Goes to show just how soon the battle will be upon us."

"Even more the reason to take these reports seriously..." 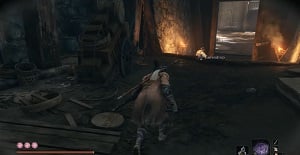 "My watch ended a while ago" 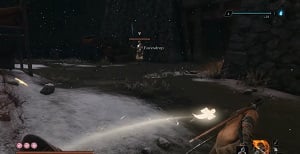 "I never would've thought the Interior Ministry would become our enemy..."

"If the old lord falls... we'll be defeated swiftly, no doubt."

"... I'm wondering though if that happens, will we still get paid?"

"There's no point in running away with an empty purse..." 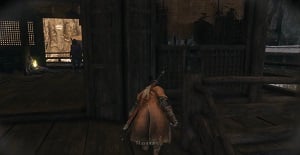 "I never would have believed a man of your ability could be slain..."

"It appears as though a demon lurks within Ashina..." 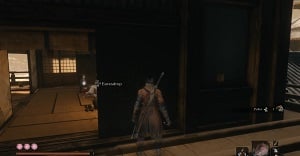 "Im concerned that the Tengu will make another appearance."

"I imagine Genichiro will show up eventually."

"He'll abandon everything about who he is, won't he?"

"Yes... I expect no less from my own grandchild."

"He can only swing the blade but a few more times..."

"And when that happens, the Tengu will be no more."

"In truth, he fascinates me." 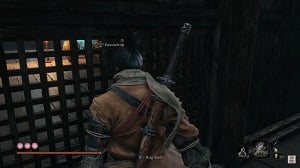 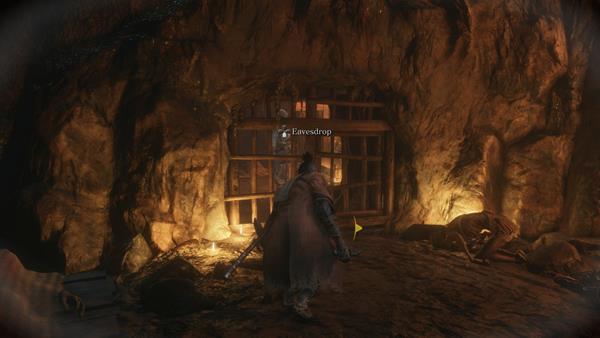 "H-How is this, Master Dousaku?"

"if we were to use a strong, well-trained samurai like him..."

"For the glory of Ashina"

"We begin, my apprentice!" 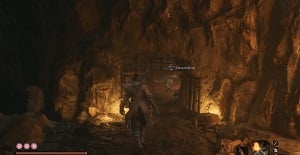 "You are the next subject"

"As I feared... You have strayed from the path of medicine."

"Why would you do such a thing?"

"No, master... The rejuvenating waters have bewitched you." 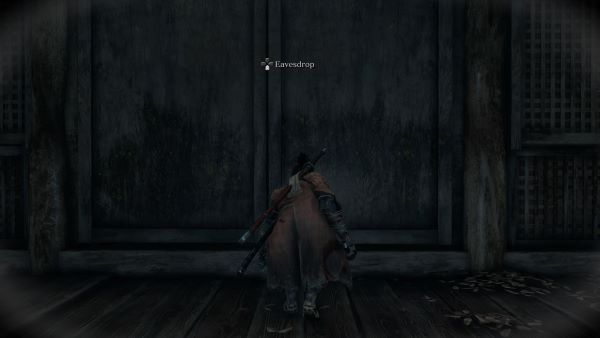