Mini-Bosses in Sekiro: Shadows Die Twice are special enemies that are typically much more challenging than normal enemies. They have a host of different attacks, some of which you cannot deflect, making them deadly. These Enemies do not respawn once killed, and they drop some of the best loot in the game. 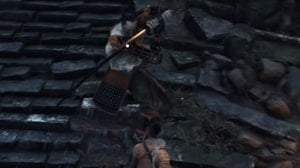 An experienced swordsman who guards the reservoir entrance to Ashina Castle. 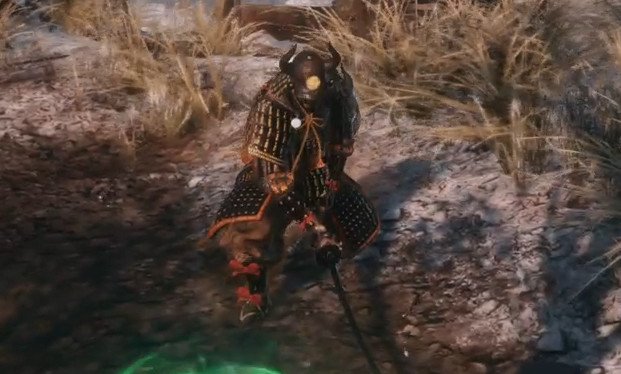 A samurai general in charge of guarding the farthest outskirts of Ashina. 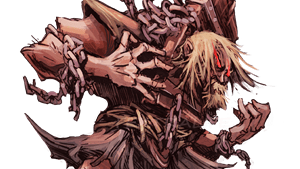 An ogre that has been chained and tamed as a ferocious soldier. 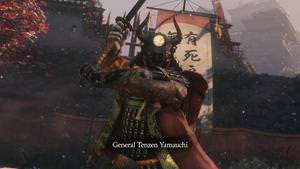 A powerful Samurai ready to take on any that defy the master. 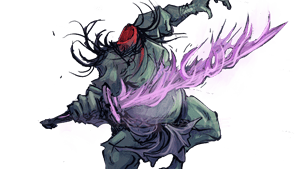 A headless apparition-type enemy that emits terror to anyone it crosses its path. 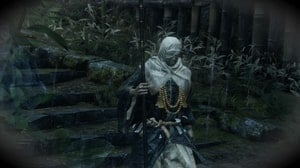 A skilled Shinobi hunter armed with a spear, ready to pierce a Shinobi it crosses its path with. 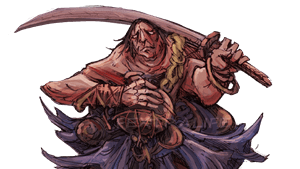 A katana-wielding foe who is the leader of the bandits that invaded the Hirata Estate. 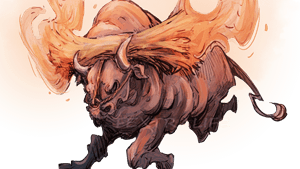 An enraged beast of destruction and flames that Ashina planned to use against their enemies. 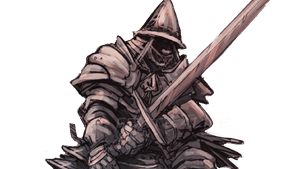 A heavily armored foreigner of western lands who guards the monks of Senpou Temple for the sake of his dying son. 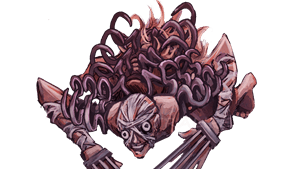 A leader of the Centipede Clan at Senpou Temple, ready to eviscerate any intruders at a moment's notice. 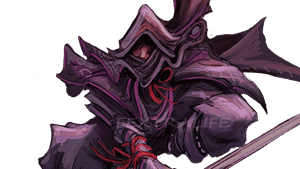 A purple-clad shinobi of the Interior Ministry who heard tales of the defeated wolf and wished to duel him. 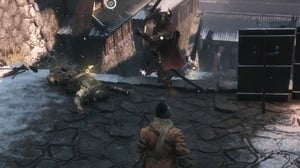 An experienced general who guards the main entrance to Ashina Castle, inspiring his men for the coming war. 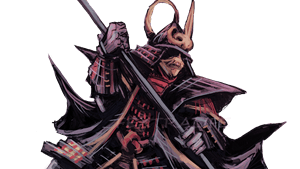 One of the Seven Ashina Spears, in charge of guarding the Moon Tower where lord Kuro was imprisoned. 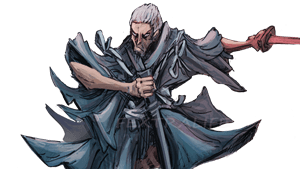 One of the top swordsman with mastery over the Ashina fighting style, prepared for any who dare trespass into the Ashina Dojo. 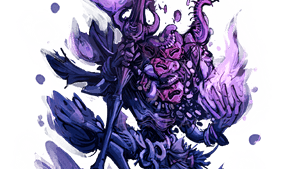 An apparition-type warrior who uses the spirits of the dead to terrorize opponents in combat. 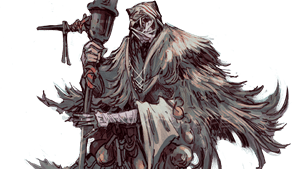 A female descendant of the Okami Clan who guards the secrets of the Sunken Valley along with Snake Eyes Shirahagi. 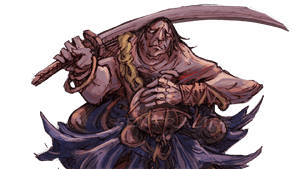 A wayward outlaw who now spends his days with his new monkey companions. 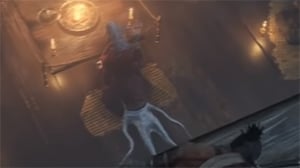 A noble of the Fountainhead Palace whose task was to hide the entrance to Mibu Village using ghostly illusions and a thick mist. 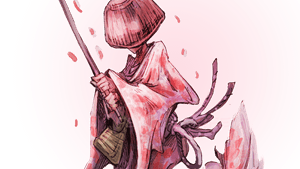 A lonesome shamisen player who searches for lord Sakuza, ready to cross swords with anyone who stands between them. 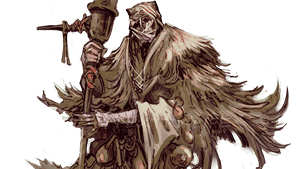 A female descendant of the Okami Clan who guards the secrets of the Sunken Valley and the Gun Fort along with Snake Eyes Shirafuji. 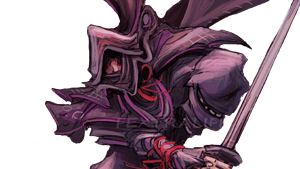 A veteran shinobi of the Interior Ministry who uses poisonous attacks to weaken his foes. 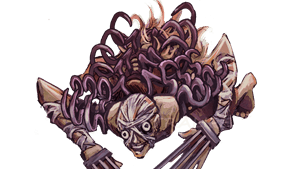 A leader of the Centipede Clan who readily guards the entrance to the Sunken Valley deep within the Gun Fort.

Shigekichi of the Red Guard 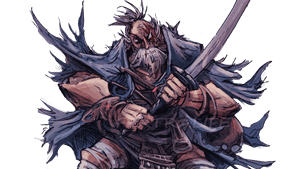 A large warrior who uses flames and sake in combat, and part of the forces of the Interior Ministry during their invasion of Ashina.

Sakura Bull of the Palace 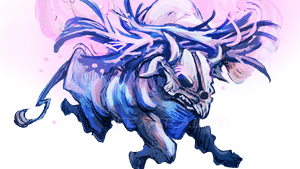 An undying guardian of the mist nobles at the Fountainhead Palace who carries the karma of the countless souls it has killed. 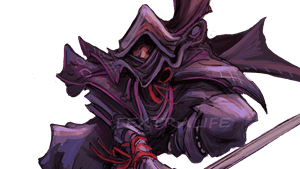 A shinobi of the Interior Minstry who seeks vengeance for the death of one of his comrades. 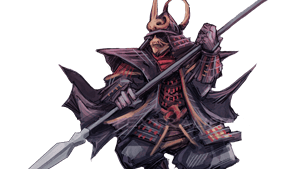 One of the Seven Ashina Spears who waits for the return of Genichiro to turn the tide of battle in Ashina's favour. 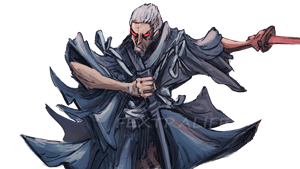 A master of the Ashina Style developed by Isshin Ashina and his clan; Mizuo can be found in the small dojo located underneath the room where the Tengu guarding Isshin Ashina once stood before the forces of the Interior Ministry began their final assault on Ashina Castle. His loyalty—or bloodlust—has driven him to the brink of madness.

The great serpent believed to guard the secrets of Sunken Valley. 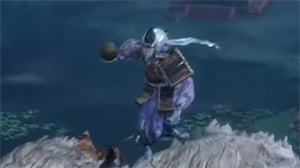 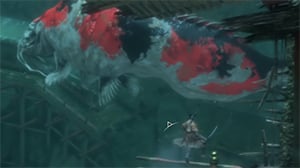