What do you get from defeating Seven Ashina Spears - Shikibu Toshikatsu Yamauchi in Sekiro?

Strategy 1: You can easily stealth up behind him and do a stealth deathblow that will take one of his health bars away. He does a 4 hit attack, where on the 3rd and 4th attack, he does a long wind up before the attack, use this chance to get behind him and deal some damage. It is not ideal to deflect his attacks as he deals a lot of posture damage. He has two Perilous attacks, a sweep, and a thrust attack. The sweep is easily countered but for the thrust, he tends to throw you off and follow up with an attack if you use Mikiri counter and if you make a mistake it can one-shot you.

Strategy 2: This mini-boss fight is set around the tower where you rescued the young lord at the start of the game. When you arrive to this area DO NOT attack this boss head on, rather go down to the left and use the path that you used to get to the young lord, sneak into the tower and pull of a deathblow to Shikibu from behind. After this follow up with a few attacks before jumping back down to the lower area that we used before. Since there are invisible walls around this boss fight you are safe from his attacks and he cannot reach you from the arena. go over to the bit where you start climbing up (the first ledge) and when you look back to the arena you should see a grapple point, coax him over to that point and throw an oil at him, then grapple over and use flame vent as soon as you land (having the skill Mid-air Prosthetic Tool can help making sure he get burnt before he deals damage). This will stun him as well as doing damage to him, giving you the chance to hit him a couple of times before he gets back to fighting you, when he goes out of the stunned position, jump back down and repeat the process. After doing this 3-5 times he will be ready for his second deathblow and you can finish him off.

Strategy 3 (Firecracker): Start the fight with a deathblow and follow up with either Ichimonji or the Axe tool. Do your best to avoid his Perilous attacks by evading them. Use dodge counters to whittle his health so his posture won't regain so quickly. During his slower attacks use the Shinobi Firecracker to stun and counter attack him. You will be able to attack twice then stun him, although at times, you may have to trade blows so have high health.

Strategy 4 (Jumping): He is very susceptible to jump attacks. If you continuously double jump it will stun him and then do two normal attacks he will continuously be stun locked. He can only escape if he raises his spear in the air. When he does this, don't jump and instead use firecracker or another tool to restun him and repeat. 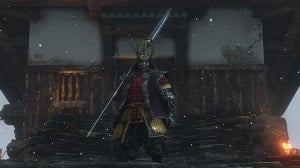 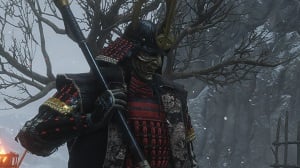 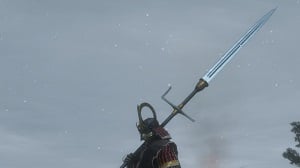 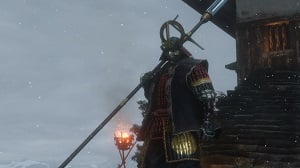 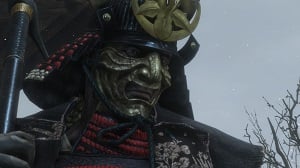 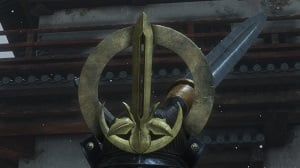 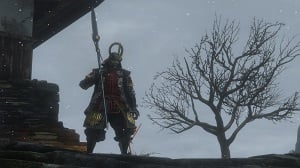 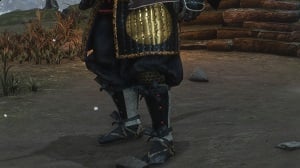 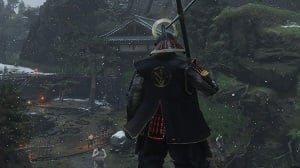 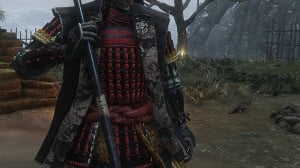