Leader Shigenori Yamauchi (組頭・山内重則, Group Leader - Yamauchi Shigenori) is a Mini-Boss in Sekiro: Shadows Die Twice. This Complete Leader Shigenori Yamauchi Mini-Boss Guide gives you strategies on how to beat Shigenori Yamauchi easily, as well as tips, tricks and lore notes. Mini-Bosses are special Enemies that are uniquely named and have 2 or more health bars. This means they require at least 2 Deathblows in order to kill, they are generally much more difficult than normal enemies, and they drop some of the best loot in the game.

Where to find Shigenori Yamauchi in Sekiro?

This mini-boss is rather easy. You simply want to swing once and then deflect his attack, back away and repeat. Avoid attacking too much, as his overhead slash has poise, and will hit you regardless. Rinse and repeat. 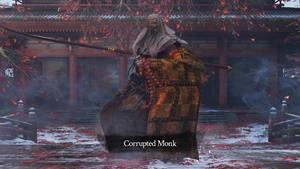 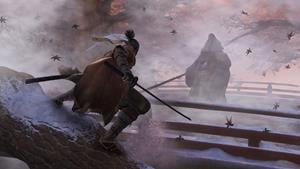