Snake Eyes Shirafuji (蛇の目・白藤, Snake Eyes Shirafuji) is a Mini-Boss in Sekiro: Shadows Die Twice. Mini-Bosses are special Enemies that are uniquely named and have two (2) or more health bars. This means they require at least two (2) Deathblows in order to kill, they are generally much more difficult than normal enemies, and they drop some of the best loot in the game.

Since Shirafuji is a descendant of the Okami Clan, she is extremely weak against the Sabimaru prosthetic tool. It only takes 1-2 full combos to inflict her with the Poison Abnormality, which will then trigger a puking animation allowing you to damage her vitality to about 50% and build up her posture to about 75%. The item Fistful of Ash also helps a lot since it prevents you from being stunned out of Sabimaru's buildup animation (Tested with a Improved Sabimaru)

Note that you can also sneak her by coming back from the Gun Fort Idol.

This is a way to speed up the primary strategy. As long as you can target Snake Eyes, wait for her to shoot and then use Phantom Kunai with long press of the attack button. It will do huge damage to her and you should be able to do one life bar without running out of spirit. Use the spirital knife to recharge if you didn't use a stealth kill before.

When you enter the platform and face Shirafuji, to your left is a descent. Lure here above said descent to the rocks and wait for her to start a attack animation. Simply fall down onto the descent and watch her still attacking you from above. Now almost every attack from her will miss you besides the gunshot. You can jump attack twice after every attack animation it will take a while but it gets the job done. 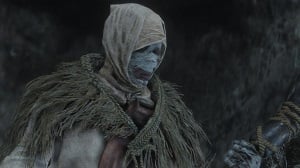 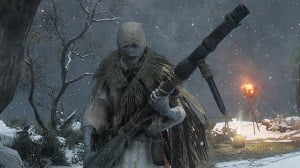 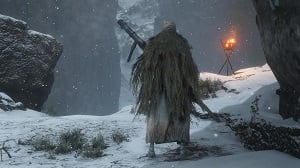 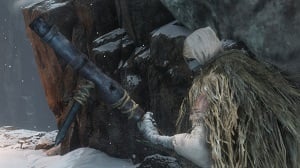 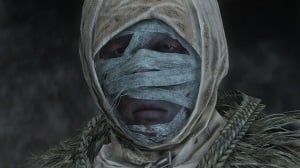 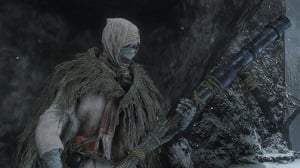 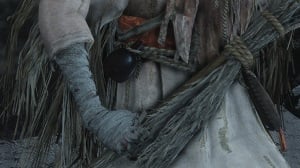 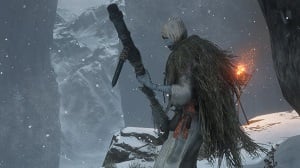