Juzou the Drunkard(うわばみの重蔵,  Juzou the Drunkard or Juzou the Python for a more literal translation) is a Mini-Boss in Sekiro: Shadows Die Twice. This Complete Juzou the Drunkard Mini-Boss Guide gives you strategies on how to beat Juzou easily, as well as tips, tricks and lore notes. Mini-Bosses are special Enemies that are uniquely named, and have 2 or more health bars. This means they require at least 2 Deathblows in order to kill, they are generally much more difficult than normal enemies, and they drop some of the best loot in the game.

He can be fought with the aid of the nearby NPC Nogami Gensai, who is likely to die during the fight. No reward is given for keeping him alive, however. If you talk to the samurai NPC before starting the fight and snuck trough the building on the left, you can backstab Juzou while Nogami is doing his speech

Where to find Juzou the Drunkard in Sekiro?

What do you get from defeating Juzou the Drunkard in Sekiro?

What do you get from defeating Juzou the Drunkard in Sekiro?

The most effective way to defeat Juzou is by thinning out some of his bandits on the left-hand side and then clearing out all other enemies besides Juzou, avoiding him until this is done. When facing Juzou, play defensively, deflecting his slower and more telegraphed attacks to build up his posture bar while avoiding his perilous sweep and grab attacks.

During the fight he will drink and coat his blade with poison. Use this downtime to dash towards him and use counter attacks to chip away his health; the Chasing Slice Prosthetic Art is particularly useful to close this gap when used in conjunction with the Loaded Shuriken, and it is a good alternative from counter attacks when being too far from Juzou. Additionally, Nightjar Slash works much the same way, closing the gap rather quickly. So consider using it for this fight.

When fighting Juzou without the recruiting Nogami Gensai, dodge often and be sure to strike him when he drinks from his jug or coats his weapon. You'll need a good mix dodging and deflecting in order to beat him, and you should consider stepping into some of his slower more telegraphed attacks in order to build his Posture Gauge.

Using the aid of Nogami Gensai

If the fight is done by requesting the aid of the NPC Nogami Gensai from the start, he will prioritize the other bandits instead of Juzou, which can be useful to isolate Juzou from the other enemies. Alternatively, the player can opt to wait and request his aid once knocking out a bar of Juzou's health with a Deathblow, allowing him to fight at full force. Keep Juzou in between Sekiro and the Nogami and just alternate attacks to keep the NPC alive and quickly defeat Juzou.

It is possible to put Juzou into idle mode if Sekiro runs through the fenced hallway on the left side of the arena, typically standing in the doorway of the small house. This can be useful to separate him from his followers, giving a chance to pick them off.  Doing this also allows for a single stealth Deathblow, making the battle much easier. Be aware that this only works once, as putting him into idle mode again will cause him to recover all healthbars. 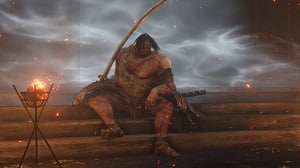 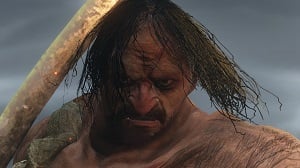 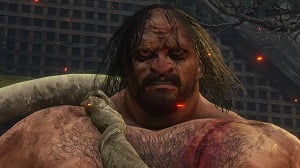 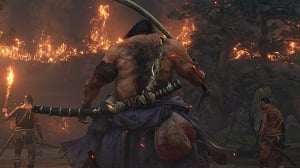 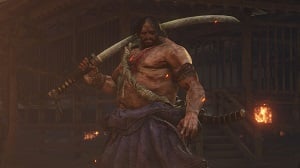 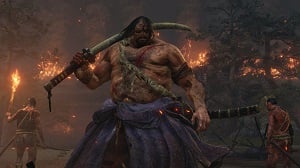 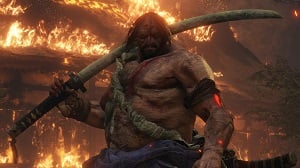 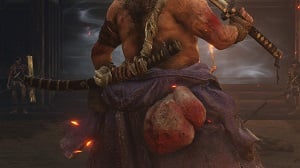 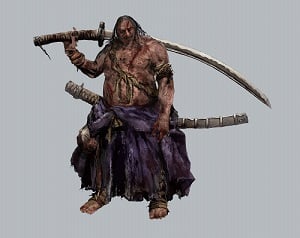